Discussion on the Drone Power Source

The main power source for drones is batteries. At present, the drones mainly use polymer lithium batteries with flexible packaging.The average flight time to power a drone is between 20 and 30 minutes.There are different reasons for the difference in lithium battery development technology. Most uav flight duration is less than 45 minutes. Because the weight of the uav design is very light, so it can not use heavy lithium battery capacity, the uav in the flight range of 10 minutes to 20 minutes, you have to change the lithium battery. There are other components of motivation that Grepow will discuss of the following.

The power of drone mainly refers to two components

The first is the Motor. The second is the Speed Controller, which controls the motor Speed. A long time ago, the early governor was realized by using the adjustable resistance dial controlled by the steering gear. This type is called the mechanical governor, which is now out of the historical stage. Now when we say governor, we refer to Electronic Speed Controller (ESC).

Brush motor: early motor, the magnet is fixed to the motor shell or base, as a stator. Then the coil windings are turned into rotors. The brushed motor used by UAV is generally wound in 3 groups. The figure below is the typical structure of the brushed motor. 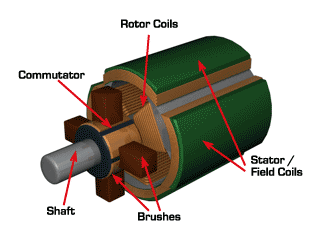 There are only four wires in the brushed, and the two are the input power terminals and are connected to the positive and negative poles. The other two are output terminals that control the speed of the motor and are connected to the two electrodes of the motor. The rotation speed and the positive and negative control can be realized by changing the current/ voltage and the conduction direction. 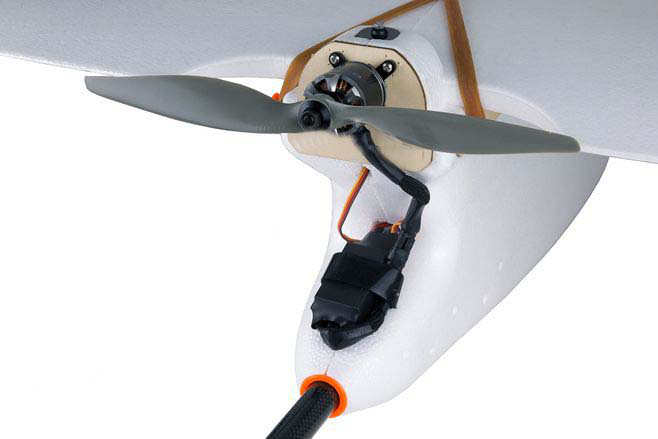 Before the top competition level brushed, electric regulation is not with the reverse, so there is only 3 wire pole, connected to the motor positive pole and the battery positive pole is the same wire pole.