In general, lithium iron phosphate batteries do not explode or ignite. LiFePO4 batteries are safer in normal use, but they are not absolute and can be dangerous in some extreme cases. It is related to the company’s decisions of material selection, ratio, process and later uses.

Although the LiFePO4 material is thermodynamical, its thermal stability and structural stability are among the best of all current cathode materials and have been verified in actual safety performance tests, but the possibility of short-circuiting from materials and batteries is inherent. 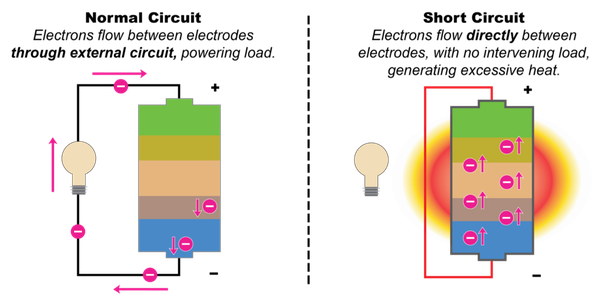 First, from the preparation of the material, the solid phase sintering reaction of LiFePO4 is a complex heterogeneous reaction with solid-phase phosphate, iron oxide and lithium salt, a carbon precursor and a reducing gas phase. In order to ensure that the iron element in the LiFePO4 is positive divalent, the sintering reaction must be carried out in a reducing atmosphere, and the strong reducing atmosphere in the process of reducing the ferric ion to the positive divalent iron ion, there will be a positive divalent The possibility of further reduction of iron ions into trace elemental iron.

Elemental iron can cause the micro-short circuit of the battery, which is the most taboo substance in the battery. This is one of the main reasons why Japan does not apply LiFePO4e to the powerful lithium-ion battery. In addition, a significant feature of the solid phase reaction is the slowness and incompleteness of the reaction, which makes the possibility of trace Fe2O3 in LiFePO4. The Argonne laboratory in the United States attributed the defect of poor high-temperature cycle of LiFePO4 to Fe2O3. Dissolution during charge and discharge cycles and precipitation of elemental iron on the negative electrode. In addition, in order to improve the performance of LiFePO4, it is necessary to nanoparticle its particles. A significant feature of nanomaterials is their low structural and thermal stability and high chemical activity, which also increases the probability of iron dissolution in LFP to some extent, especially under high-temperature cycling and storage conditions. The experimental results also show that the presence of iron is tested by chemical analysis or energy spectrum analysis on the negative electrode.

From the aspect of preparation of lithium iron phosphate battery, since the LiFePO4 nano-sized particles are small, the specific surface area is high, and the high specific surface area activated carbon has a strong gas such as moisture in the air due to the carbon coating process. Adsorption, resulting in poor electrode processing performance, the adhesion of the binder to its nanoparticles is poor. The nanoparticles are easily detached from the electrode during the battery preparation process or during the charge and discharge cycle and storage of the battery, causing a micro short circuit inside the battery.

Of course, this is only a problem in the production process, and the technology of lithium batteries is developing rapidly. Some technologies are already excellent.

Why does the UPS use LiFePO4 battery than Lead-acid battery?

Causes and Consequences of Explosion of LiFePO4 Battery

What is the high energy density battery? | Battery Monday

Causes and Consequences of Explosion of LiFePO4 Battery

How to Check Bluetooth Battery on iPhone?