Indeed, the industry leaders in batteries for energy storage are few famous brands like Tesla, Panasonic, LG, and Samsung, etc.

But, the leader of the battery industry is not limited to these big brands, and many companies have also taken the lead in some sub-sectors, like drone batteries, power tools, wearable devices, etc. It also depends on different types of battery.

When we talking about wireless charging, the “rumored” AirPower?

Some are surprised to hear that wireless charging has been available in mobile phones that the Apple announcement (which is AirPower) in September 2017. In that before, Apple had acquired a wireless charger technique company in 2017, PowerbyProxi, a company that designs wireless power solutions.

But as early as 2013, Samsung invested $4 million in this company. In 2015, Samsung launched its first wireless charging board. In 2017, Apple’s acquisition of PowerbyProxi meant that Samsung would have to develop independently or acquire other Wireless charging technology. This company has not released any information since 2017.

Energous is also working on technology to charge larger, higher-powered devices from further away, but that’s still a ways off, a full-size device charging at 15 feet away would appear on the roadmap for the end of 2020, it is said.

As we know, the optimal temperature of batteries is around 20℃, because the electrolyte is most active at this temperature. In cold environments, the discharge efficiency of the battery will be reduced, and the capacity will be greatly reduced. Most batteries are not allowed or recommended to be charged and discharged at low temperatures.

The Relion LT Series batteries are cold-weather performance batteries that can charge at temperatures down to -20°C. I saw this brand from amazon and some forums, they have finished products for online purchase, suitable for some standardized low-temperature equipment as backup batteries. 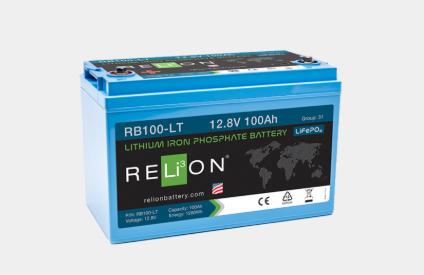 Grepow, a battery manufacturer that concentrated on industrial batteries and drone battery (special in high discharge battery, Tattu drone battery is its subsidiary company), but they lack online purchase channels, only contact via email or phone.

The low-temperature performance of lead-acid batteries is much better than other types of batteries. Generally, they can be charged and discharged at about -20 degrees, and the price is cheap.

However, lead-acid batteries are relatively large in weight and size, and require long-term maintenance, so they are more suitable for systems that are willing to perform regular maintenance, such as UPS.

Some Cylindrical NiMH batteries can afford -30℃ to -40℃, like Panasonic’s low-temperature series.

In the case of a fast-charging battery charger, the battery also needs to be capable of fast charging. Fast charge battery cells have been tested to charge at up to 5C rate, while the traditional battery will be harmed when charged at only a rate of 2C.

I don’t know that much in this field. Most of the fast charging chargers I found on the Internet only. Here are a few companies that provide fast-charging batteries as references:

And another technology related to fast charging that is the solid-state battery, which is the advanced technology.

Today’s Li-ion batteries sidestep the dendrite issue by using liquid electrolytes for the conductive pathways, rather than a solid metal which would allow for ions to be packed closer together for greater capacity.

And, the solid-state battery is safer rather than the traditional ones, the key benefits of stable solid-state battery technology are: up to six times faster charging, 2-to-10 times the energy density, longer cycle life of up to 10 years (compared to two), and no flammable components.

Refer from this article: Solid-state battery — the successor to Li-ion — takes another step closer to our smartphones

What is a forklift battery?

How to choose Cold Storage Forklifts

Why does low temperature affect the battery? | Battery Monday

It is well known that a battery performs poorly at low temperatures, which directly results in limitations during operation. Today's Read more

How low temperature affects the battery

You may have heard that batteries don't last as long in colder temperatures, or you may have experienced yourself how Read more

What are the 3 stages of lithium battery charging?

How to choose the best battery for my drone?