With the integration and the development of semiconductor technology, relying on the mobilization and comprehensive popularization of the Internet, the intelligent and flexible breakthrough of the manufacturing industry, Google wear glasses, smart bracelets, VR and other smart wearable devices have appeared one after another. In our vision, we have entered people’s lives. These smart wearable devices can not only help people to feel the external environment they are in, but also realize the seamless connection and communication of human-machine information with the help of computers, the Internet or other sensing devices. With the gradual improvement of people’s living standards and consumption levels, people’s requirements for smart wearable devices are becoming more and more personalized and diversified, and market demand and scale are becoming more and more urgent and expanding.

Driven by the civilian sector, under the trend of the future battlefield gradually turning to informatization and digitization, countries are vying to invest a large amount of human, material and financial resources to introduce smart wearable technology into the military field and to develop a military plan for smart wearable device systems. , initiated the development and application of related technologies, and achieved certain results.

Wearables and sensors have been sewn into soldier uniforms and ergonomically designed to match forces. However, while increased computing power, artificial intelligence systems, and advanced processing speeds are expected to bring prior advantages to operations, greater reliance on computer networks require advanced security technologies.

Almost all combat systems will rely on the network. Sensors, weapons and network technologies will all rely on secure computing to perform the most advanced combat missions. The wearable device worn by the soldier will immediately connect the target information, drone, and enemy tracking data. Wearables and sensors have been sewn into soldier uniforms and ergonomically designed to match forces. However, while increased computing power, artificial intelligence systems, and advanced processing speeds are expected to bring prior advantages to operations, greater reliance on computer networks require advanced security technologies. Soldier wearables, embedded sensors, night vision goggles, and wireless communication links require advanced security measures to succeed in battle.

In the late 1990s, the Georgia Institute of Engineering and Technology developed a “smart shirt” that was used to monitor and monitor the physical condition of US soldiers.

In 2000, Sarcos developed the “XOS” series of wearable exoskeleton systems for the US Army Warrior Individual System.

Raytheon developed a smart helmet for the US military in 2012, which can be used by the aviation crew. The helmet is equipped with a computer and sensor display that allows soldiers to view a variety of graphical data, digital maps, intelligence, position, and more. Moreover, the device on the helmet can also cooperate with the thermal imaging weapon sight mounted on the weapon in the hand, so that the soldier hides in the shooting corner of the other party and reconnaissance the surroundings.

Smartwatches can help Air Force pilots, crew members identify dangerous fatigue. Always tired during flight, or this is a more systematic problem for the Mobile Air Force. Sustained fatigue can greatly affect the reflex required by the pilot to maintain the stability of the aircraft, as well as the coordination required to refuel, land or handle an emergency in the air.

The system includes a watch that measures the pilot’s circadian rhythm or an internal 24-hour clock that regulates the person’s sleep-wake cycle. Of course, the smartwatch battery life should be long enough. After the flight, many people will feel the time difference, because when they should fall asleep or wake up, their mind and body will be different. So one thing that can be seen is how many crew members are flying in the opposite direction of their biological clock.

The combined data can act as a sleep aid. When the crew entered other countries, maybe he had been awake for 27 hours, but the watch told him, ‘Hey, your circadian rhythm has reached its lowest point, now it takes two hours of sleep,” 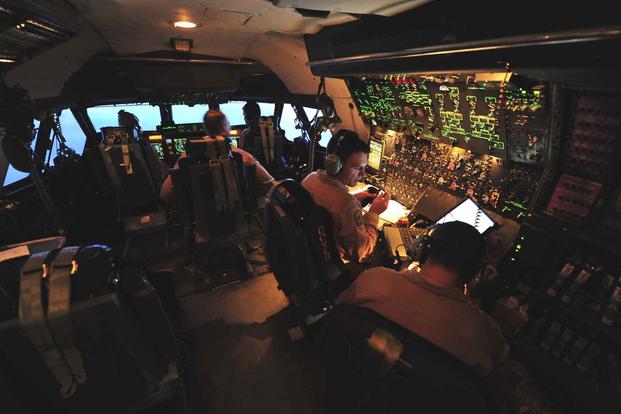 At the same time, the development of smart wearable technology has also attracted great attention in China. Relevant research institutions in China have begun to study military wearable devices from the shallower to the deeper. For example, the “Dragon Warrior” individual combat system, the individual soldier status monitoring system, the human body power supply equipment and other military intelligent equipment products developed by Chinese military scientists.

The war mode has changed due to a large number of applications of smart wearable equipment. Under the new war mode, the combat capability of the individual soldier system directly determines the strength of the overall combat capability of the battlefield, which makes the role of smart wearable devices in the military field more prominent. At the same time, we know that smart wearable devices are typical equipment of individual soldier systems. If a series of diversified products are used to install troops, the demand will be incalculable, so the market application prospects are very good.

Analysis of the development of the military field

Although the role of military smart wearable devices in the military field is becoming more and more prominent, the market prospects are difficult to estimate, but the development of the following three aspects needs to be broken.

Fortunately, in order to break through the above problems, GREPOW has developed a special battery that is customized to fit into any and all spaces in a product. In order to provide the best efficiency, shaped batteries can be made to fit into even With our proprietary formula and high discharge-rate technology, you can maximize the run time and use of your product. Even in harsh environments, shaped batteries can be utilized at low temperatures of -50°C to 50°C and at high Temperatures of 20 ° C to 80 ° C.

The battlefield environment is complex, such as desert, high humidity, high heat, high salt spray, corrosive liquid and other high-level battlefield environments, which has certain destructive, interference and corrosive effects. How to effectively complete the transmission, transmission, and transmission of information, and correct Identification is another problem faced by military wearable devices. Therefore, sensing equipment and high-efficiency human-computer interaction technology with the certain anti-destructive ability and corrosion resistance are particularly important.

many US military and industrial innovators are working on advanced lightweight encryption technology designed to protect computer systems and integrated networks that operate on the edge of the battle.

Encrypted Sensors is a recently patented encryption technology designed to dramatically increase in the security and efficiency of network-dependent combat systems.

According to developers, this emerging technology embeds pre-programmed computer chips into the hardware itself without relying on software for encryption. The so-called Field Programmable Gate Array (FPGA) technology does not use software and computer processing units for control like traditional encryption programs.

In individual combat, reducing computational processing and increasing efficiency can make smaller, portable technologies possible. In addition, these new encryption methods can connect multiple devices through a central hub, since no software is required.

With the development of technologies in the fields of security protection, sensors, power supply, etc., and the advancement of manufacturing processes, the application of smart wearable devices in the military field will inevitably lead to international competition, and will certainly play a huge role in the future battlefield. Amazing effect.

[Curved LiPo] – How to custom your special-shape battery

Wearable devices are made to make our life more convenient and more suitable including functions like tracking people's health, virtual reality, Read more

As the saying goes: "The cold is from the foot, the disease is from the bottom of the foot". The Read more

The better quality batteries have, the more satisfied users will get. We find that smartwatches require not only helpful functions, but Read more

Lithium vs Alkaline Batteries – Which is better?