On December 27, 2019, a flexible, solar cell system based on shape memory polymer composites (SMPCs) developed by Professor Leng Jingsong and associates at HIT (Harbin Institute of Technology) successfully flew into space.  After having successfully completed key technical tests on January 5, 2020, the research group achieved the first controlled, in-orbit deployment of flexible solar cells of its kind. 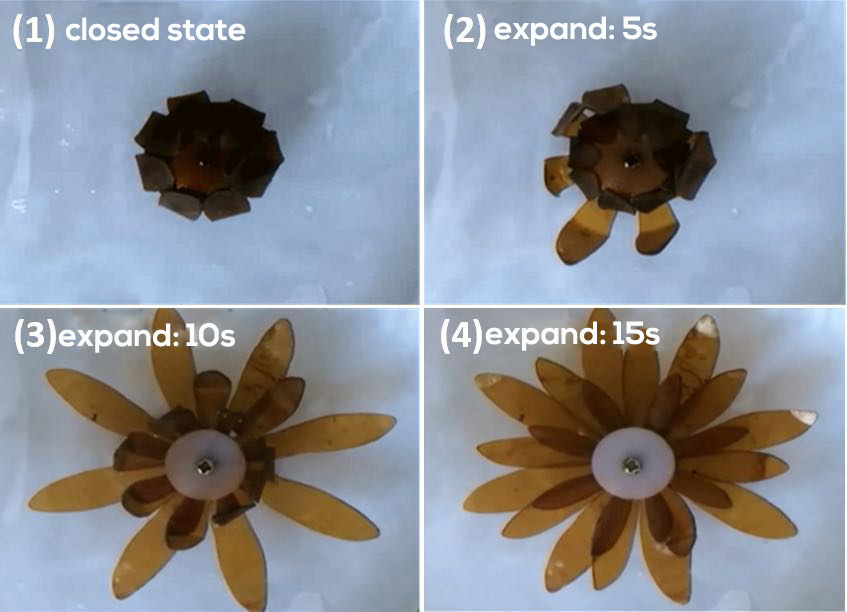 As one of the key components of space vehicles, solar cells usually need to undergo four steps before they can be deployed in orbit: ground fabrication, folding and closing, launch to space and space deployment.  Flexible solar cells are particularly on trend for their light weight, good flexibility and high storage ratio.

Based on the theory of composite mechanics and fine structural design, SMPCs can undergo the locking, releasing and unfolding of flexible solar cells, as well as the high rigidity of the unfolded load-bearing functions.

During the satellite launch process, the locking and releasing mechanism of the SMPC can provide high rigidity locking. After entering orbit, it can achieve stable and shock-free unlocking. During the unfolding process, the unfolding of the flexible, thin film solar cell is driven by the controlled extension of the expandable beam of the SMPC. After unfolding, the stiffness of the beam is restored to a level comparable to that of conventional composite structures, and the fundamental frequency of the unfolded beam is higher to provide a highly stiff load-bearing function.

The unfoldable flexible solar cell system can be locked, released and unfolded by the SMPC without the more traditional methods of a pyrotechnic separation device, hinges and motor drive.  With a more simple structure, there almost no impact during the unfolding and unlocking process.

More about flexible batteries can be found on the page: https://www.grepow.com/page/shaped-battery.html