Arctic SATCOM moves into the spotlight

Countries in the Arctic region are positioning themselves to maximize levels in connectivity across the High North, as their armed forces look to assert influence across the strategically important region.

Historically, the Arctic has suffered from poor communications thanks partly to a lack of fixed infrastructure and hard-to-reach geostationary satellites positioned over the Equator.

On 2 June 2021, for instance, OneWeb (the first SATCOM operator to offer a global constellation of LEO satellites) and Finnish state-run security network provider Erillisverko demonstrated low Earth orbit (LEO) satellite connectivity to Finnish government agencies, providing an example of how to support the operational requirements of multiple government agencies in the High North and Arctic Circle. 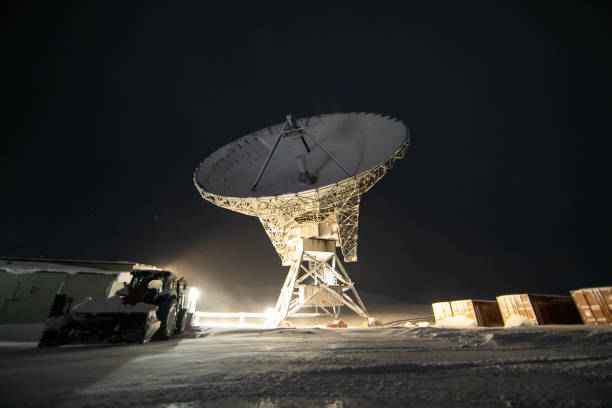 A few weeks earlier, on 5 May, OneWeb and Hughes signed an undisclosed contract with the USAF Research Laboratory to demonstrate LEO SATCOM in the Arctic region.

According to a joint statement released by the industrial partners, the agreement will provide the DoD with ‘tactical communications’ across the Arctic and provide reach back to DoD locations around the world.

They added: ‘Under the agreement, Hughes will test and implement these end-to-end services on the OneWeb system between selected US Northern Command locations, a first step in harnessing the power of LEO satellites for high-speed, low-latency broadband access in the Arctic.’

OneWeb claims its solution will provide hitherto unseen data rates of up to 195Mbps and latency levels below 50ms.

’The OneWeb constellation has been designed to enable low-latency broadband access across the globe, allowing connectivity in previously unreached areas — a capability that is ideal for tactical, multi-domain operations in the Polar region and beyond,’ explained Dylan Browne, Head of Government Services at OneWeb.

As prime contractor, Hughes will lead adaptation, integration, testing and ongoing management of the service. OneWeb and Intellian will develop user terminals.

On 10 May, OneWeb announced it was buying Texas-based TrustComm. OneWeb stated that the deal would enable it to offer its LEO network and connectivity services to US government clients.

Exercise serials will include the positive identification of ‘dark target’ surface vessels across the Arctic.

Designated ArcticX21, the demonstration will be observed by several undisclosed Arctic armed forces which are interested in creating a better understanding of the environment to support mission sets such as reconnaissance, search and rescue, environmental and disaster relief.

From Shephard News: Arctic SATCOM moves into the spotlight