In the first quarter of this year, lithium-ion battery giant LG Chemical surpassed Japan’s Panasonic and China’s Ningde era (CATL) to become the world’s largest battery maker, according to a report released on May 7 by SNE Research. SNE Research is a new energy equipment research and information agency in Korea, focusing on lithium batteries, electric vehicles, photovoltaic new energy, LCD/LED/OLED new lighting equipment, and other fields. LG’s chemical installed capacity was 5.5 GWh in the first quarter, up 120% from 2.5 GWh a year earlier, according to SNE Research. 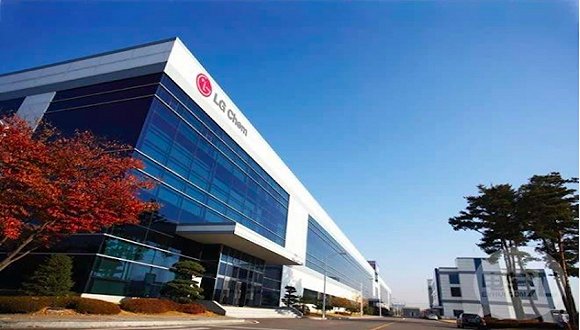 Sales of Tesla Model 3, Renault Zoe, and Volkswagen electric vehicles have led to a strong increase in installed capacity for LG’s chemical batteries, according to SNE Research.

In the first quarter of this year, Panasonic’s market share was second with 25.7%, while the Ningde era came in third with 17.4%, down 6 percentage points from 23.4% a year earlier.

In the first quarter of last year, Ningde was the world’s number one with 23.4 percent of the market, Panasonic was second in the world with 22.9 percent, BYD was third with 15.1 percent, and LG Chemical was fourth with 10.7 percent.

AESC, a subsidiary of China Vision Energy Ltd., rose from 4.4% a year earlier to 5.6% in the first quarter of this year, ranking fifth in the world. 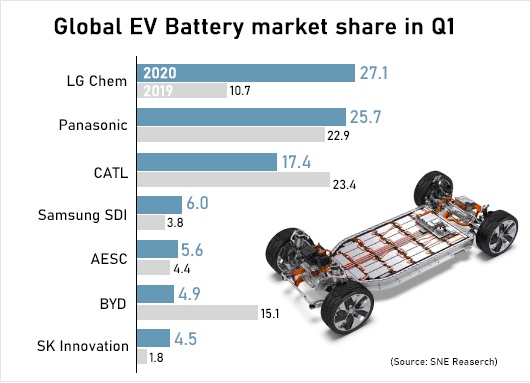