Mr. Liu is an electric cab driver in Beijing. His car has to be charged three times a day in winter and twice in summer. For this reason, he always has a set of folding tables and chairs in his trunk to a distance from the charging pile for a while every time the car goes to recharge. "Look at the news, some accidents always happen to this kind of old cars, especially during the charging even to blow up. I‘m I am afraid and hide away." Mr. Liu said.

It's not that Mr. Liu is overly concerned. According to the latest data from the National Emergency Management Fire and Rescue Bureau, in the first quarter of 2022, China received a total of 640 reported new energy vehicle fires, up 32 % year-on-year. On average, more than 7 cases of new energy vehicle fires occur in China every day.

Unlike fuel vehicles, which often catch fire while driving, spontaneous combustion related to charging is more common in pure EVs. We always see in the news, too, electric cars that burn with sparks at charging stations. The essence of this is that most charging piles, at present, are being used to achieve high power charging by increasing the current. But the higher the current, the greater the heat generated by the cable. This is an extremely dangerous factor for the battery, which is extremely sensitive to operating temperature.

An interesting phenomenon is that people don't care what causes the vehicle to spontaneously combust, only to blame the car companies' battery technology is immature and unsafe. In fact, to solve the problem of spontaneous combustion, not only by improving the power battery will be all right. High-voltage platform and high-powered fast-charging technology to synchronize the development of electric vehicles as soon as possible to cure the "old problem" of spontaneous combustion. 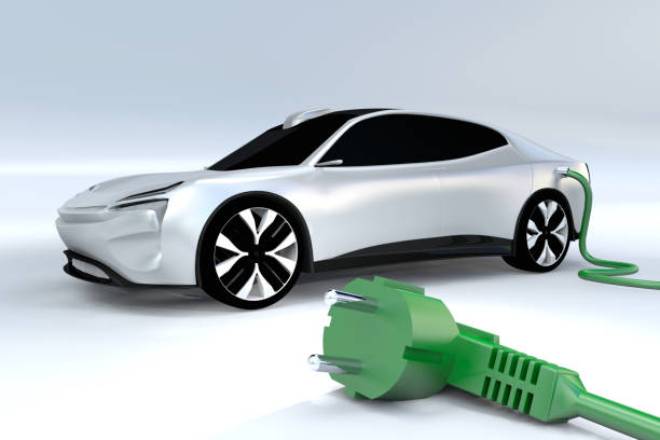 There is a misconception that all you need to do to build an electric car is to make a good battery.

For consumers, of course, the more endurance is the better. Thus, the car companies have opened up the range "internal volume", resulting in the new EV range parameters piled higher and higher. Among the new cars entering the Ministry of Industry and Information Technology's list, six have a range of more than 600 km in 2019, and 58 by 2021. As of this writing, there are already 37 new cars with a range of over 600 km in the first four batches of the list in 2022.

When the range gets longer, consumers again find that charging is too slow. In the case of some of the pure electric models hot in 2020, for example, the theoretical average charging multiplier for DC fast charging is about 1C (i.e. 1 hour to fill 100% SOC), 30min to complete 30%-80% SOC, and the NEDC range is about 227km. if there is low temperature, low power, shunt, etc., the charging time is even up to 2 hours.

That's why, high speed charging stations will appear "long queues" and even "fights to grab a seat" during the New Year holidays. This is not because the electric car range is not enough, but because the charging is too slow, so that each car use a charging plug too long, "low turn over rate". 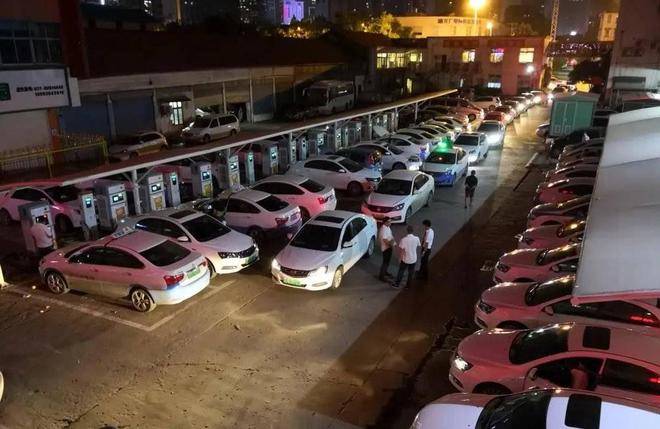 Therefore, a part of the car companies began to study increasing the charging power to achieve fast charging. According to the power, voltage, current relationship formula P = U*I, other conditions remain the same, charging voltage or current either increase, the recharging efficiency can be improved. The following is a brief explanation of voltage and current.

Tesla is the "representative player", where the Tesla V3 supercharging pile can reach a peak charging power of 250kW at 400V, which can replenish the power required for the Model 3's 250km range in 15 minutes. But the increased charging current means more heat, thicker and heavier wiring harnesses, etc., which is a challenge for both the vehicle and the charging pile.

Take the heat emitted, according to Joule's law Q=I2*R*t, when the power-on time and resistance is constant, the heat is proportional to the quadratic of the current. Therefore, high-current fast charging will inevitably generate huge heat during the charging process. This tests both the thermal management system of the vehicle and is no small problem for the operators and manufacturers of charging piles. Therefore, at present, only Tesla, which is highly integrated in both horizontal and vertical directions, has taken this path.

Plus the wiring harness, which is also extremely problematic. For EVs, to withstand high currents you have to rely on the high voltage (HV) harness. However, the cross-section of the HV harness will be large, which will result in a stiff and difficult to bend harness. This is not only difficult to layout in the vehicle, but may also increase the safety risk by piercing into the cockpit after a collision.

What's worse, the charging guns and cables of high-powered charging posts are usually heavy and thick, making them very unfriendly to female owners who have less strength. It is worth noting that the Tesla V3 Supercharger has a peak operating current of over 600A, but it uses a liquid-cooled thermal design to reduce the cross-sectional area and weight of the charging cable.

However, not every car company that claims to be able to achieve "fast charging" can do as well as Tesla thermal management, so the hidden danger of spontaneous combustion is therefore laid. You know, when the charging pile output lithium batteries can not withstand the high current, the internal flow of lithium ions in the battery too fast will be formed on the negative surface of the dendrite like a tree branch. These dendrites are as thin and hard as the tip of a needle, and once they grow to a certain length, they will poke through the diaphragm to induce internal short circuit, which will heat up and cause spontaneous combustion.

In the case of Porsche, for example, the company has increased the voltage platform from 400V to 800V to achieve 300kW charging power, which can charge the Taycan Turbo S with 93.4kWh capacity from 5% to 80% in 22.5 minutes, providing a range of 300km. Meanwhile, the cross-sectional area of Porsche's high-voltage wiring harness is only one-half that of the 400V architecture, and the harness weighs 4kg less.

According to Joule's law, heat is only related to current, energizing time and resistance. When the voltage is doubled, theoretically the current can still reach the same power even if it is halved. This means that the heat generated during fast charging is greatly reduced, thus not bringing safety hazards such as overheating and instability to the delicate power battery.

On the basis of ensuring safety, the efficiency of high-voltage fast charging will also have more room for improvement. For comparison, the charging power of the 400V platform is close to the limit of the system design when it reaches 200kW, while the 800V high-voltage system can break the limit to 400kW. theoretically, a pure electric car with a battery capacity of 100kWh can be charged from 20% to 80% in just 9 minutes, which is basically equal to the time it takes to refuel a traditional fuel car, completely eliminating charging time anxiety.

Similar to LIDAR, solid-state batteries and other cutting-edge technologies, high-voltage platform is also facing the embarrassing situation of "much cry and little wool". Everyone is even "stuck" for nearly the same reason - materials.

You may know, from the 400V platform to switch to the 800V platform architecture, the need to re-validate the electrical system components, especially the power devices are more demanding. Almost all models on the market today, the power semiconductors are silicon-based IGBTs, but if you want to push the high-voltage platform above 800V, it is necessary to switch to silicon carbide material for several reasons.

Under 450V DC bus voltage, the maximum voltage that IGBT module can withstand is about 650V. At DC bus voltages above 800V, the power device voltage resistance needs to be increased to more than 1200V. Although Infineon Technologies INFINEON, FUJI Fuji and other manufacturers have introduced 1200V withstand voltage automotive IGBTs, they have not been applied on a large scale due to high cost.

Performance comparison of Si and Sic at different voltages

Second, the energy loss of silicon carbide is much lower.

At a bus voltage of 400V, the overall vehicle loss of a 1200V silicon carbide module is 6.9% lower than that of a 750V IGBT; if the voltage is increased to 800V, the overall vehicle loss will be further reduced by 7.6%. Ultimately, the effect of silicon carbide on board after the effect is not only fast charging, but also a corresponding reduction in energy consumption, which in turn will improve the range.

Under the high-voltage fast charging scheme, although the current increase in the same charging power situation is smaller than the higher current scheme, but high-power fast charging requires the same increase in voltage and current. This leads to an increase in system heat, the power device resistance to high temperature also put forward higher requirements. Silicon carbide is theoretically able to work normally at temperatures well above 175°C, reducing the requirements for thermal management systems and improving reliability and safety.

Compared to traditional silicon-based materials, the high voltage performance of silicon carbide materials is extremely outstanding, but the initial cost is higher.

Because the big three electric (battery, motor, electric control), small three electric (OBC, PDU, DCDC) and other components should be able to work properly at 800V or even 1000V. So, don't look at just the voltage increase, the whole industry chain has to be adjusted accordingly.

From the 400V platform to the 800V platform, where the cost of components is 2-3 times higher than the original, and the total system cost increases by 10%-20%. But considering the current rapid rise in raw material prices of power batteries, the method of stacking battery capacity is difficult to sustain. Then in this case, the same increase in cost, the money spent on the high-voltage platform is obviously a greater return.

Silicon carbide is good, but the global industry chain is limited.

These giants, are constantly expanding production capacity, cooperation and alliances or mergers and acquisitions in the silicon carbide market, accelerating the layout. In contrast, China's silicon carbide industry is a little weaker, in terms of technological leadership, market share, etc. are relatively backward.

Even if the material barrier is overcome, high-voltage fast charging still needs to face the reality of infrastructure problems.

Because, at present, almost all the charging piles on the market, can not be adapted to 800V high-voltage platform. This also means that you buy an electric car with 800V architecture, but the actual charging speed does not meet the propaganda expectations.

In Porsche, for example, the Taycan is equipped with an additional DC on-board charger, which first boosts the charging voltage from the 400V charging pile output to 800V before charging the battery. In a similar way, BYD also introduced the first idea of "using the circuit topology of the electric motor control to pump up the voltage of the charging pile" on the e platform 3.0. In this way, to achieve charging 5 minutes, the maximum range of 150 km.

Of course, this kind of use of vehicle components to support 800V, that is, the electric drive boost compatible with 400V DC pile program, in the current stage of public charging resources, may be a good way to solve the range anxiety. But in the future, to really play the full strength of the 800V platform, self-built super high-voltage charging piles may be the inevitable choice.

In the future, if you want to buy a pure electric car, you must consider this question more - "Does the brand have a self-built charging network?"