According to New Atlas, an old lithium-ion battery still has value because its metals can be reused and be of use. Singaporean scientists have discovered that these metals can be recycled through a more environmentally friendly technology--the main ingredient being orange peel waste. 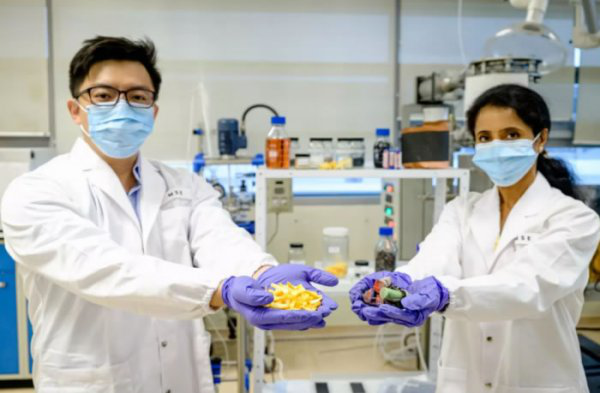 Usually, during the smelting process, used  lithium batteries are heated to more than 500℃, which will cause the contained metal to melt and flow out. Then, these metals are collected and reused.

However, this process not only requires a lot of energy, but also produces toxic gases.

A possible alternative is to chop and crush the used batteries and then add acid and hydrogen peroxide while heating the mixture to precipitate metal from it. This technique, while still being tested, is called hydrometallurgy, and it is more environmentally friendly than smelting

On an industrial scale, this process may still produce large amounts of pollutants.

Considering this limitation, scientists at Nanyang Technological University in Singapore tried to use orange peel instead of the usual acid and hydrogen peroxide. More specifically, they used oven-dried orange peels, ground them into powder, and combined them with citric acid obtained from citrus fruits.

In doing so, researchers can extract about 90% of lithium, cobalt, nickel and manganese from used lithium-ion batteries. This level of efficiency is roughly equivalent to the level previously achieved. It is important to note that when using orange peel, the residue is non-toxic. 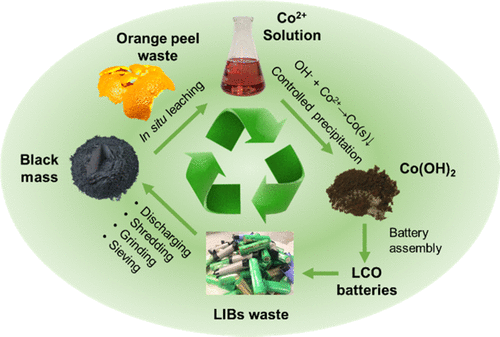 The key is the cellulose found in orange peel, which is converted into sugar under heat during the extraction process. These sugars increase the recovery of metals from battery waste. Naturally occurring antioxidants found in orange peel, such as flavonoids and phenolic acids, may also contribute to this enhancement.

The researchers used recycled metal in the novel lithium-ion battery, which has a charging capacity similar to commercially available models. Further testing is now underway to see if the new battery can last a considerable number of charge and discharge cycles.