The Chinese government declared in this year’s Government Work Report that they will advance their Internet Plus initiatives, which will push for modernizing and more traditional industries through the internet so as to improve the quality of life.

Wearable devices will particularly be on center stage so that consumers can feel the conveniences brought about by scientific and technological progress.

Wearable devices are wireless networking terminals that can be worn on the human body.  They have an advanced intelligent operating system, low energy circuitry system, micro-sensor system and independent processing capacity. They must have long-term wear-ability and intelligence.

With the rapid development of the internet, smartphones and tablets have greatly facilitated people's lives and improved the quality of life. Wearable devices themselves exploded when they first hit the market, and they are now slowly growing. 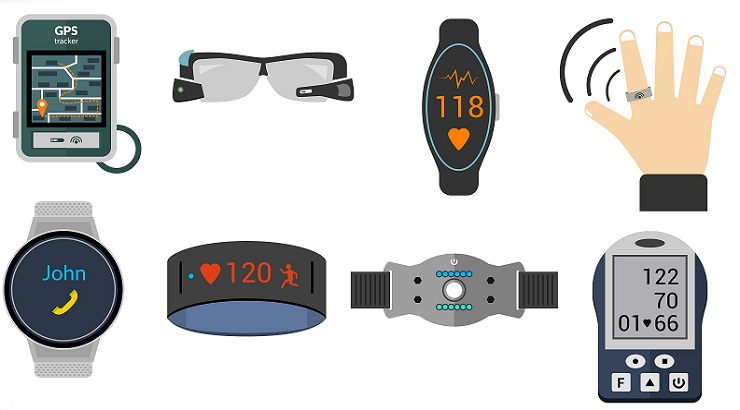 Wearable devices have gradually returned to the  stable phase in market

The pandemic may have impacted the shipment and sale of wearable devices, but there is no denying that smart wearable devices have entered into a more stable development period after all these years.

The development of wearable devices

The idea for a wearable device first came about by Edward O. Thorp in 1955 in efforts to understand the roulette wheel; he explains the details in his book, Beat the Dealer. The device successfully came into fruition in June of 1961, and it successfully improved the roulette odds by 44 percent.

Then, in 1975, Pulsar, the world’s first calculator worn on the wrist, was released.  Wearables continued to develop in leaps and bounds: in 1981, Steve Emann, the father of global wearable devices, attached a 6502 computer to a backpack with a steel frame to control photography equipment. In 1999, Steve Mann created EyeTab, which made smaller smart glasses that connected to computers and the Web ( 13 years before Google Glass).

According to the online public information, in the first quarter of 2020, the shipments and market shares of China's top five wearable device manufacturers, with the except for Apple, Huawei and Xiaom, have already captured 47.8% of the total share, which is up 22% from the previous year.  It’s clear that China's smart wearable-device market is gradually becoming a monopoly between only a few manufacturers.

The challenge of smart wearable devices

Today, there are a wide variety of smart wearable devices on the market, but they all more or less require a screen to present data.  This increases costs and allows for less space for everything else.

Bracelets and smart sneakers also need to be connected to Bluetooth to sync data.  Many smart features also tend to be for the phone, making the wearable device more like an external device for mobiles. For instance, smart headphones are tailor-made for mobile phones and are completely unable to work apart from the phone.

The biggest disadvantage of the lack of independence is that it exposes the lack of practicality of smart devices. In many cases, these smart wearable devices are more like toys with people-pleasing functions that are not particularly useful, and they soon fall out of favor after the novelty has passed. Hence, smart devices that lack independence and utility are hard to sustain long term, and manufacturers need to consider more ways to develop wearables.