At the Las Vegas re: MARS conference on June 6, Amazon announced the launch of the latest delivery drone.

Amazon is working hard to speed up delivery for Prime service members, and this delivery drone was also launched for this purpose. Not long ago, Amazon began offering free shipping on the same day to Prime members in North America. Amazon said in a blog post that the company believes that autopilots can help reduce delivery time. 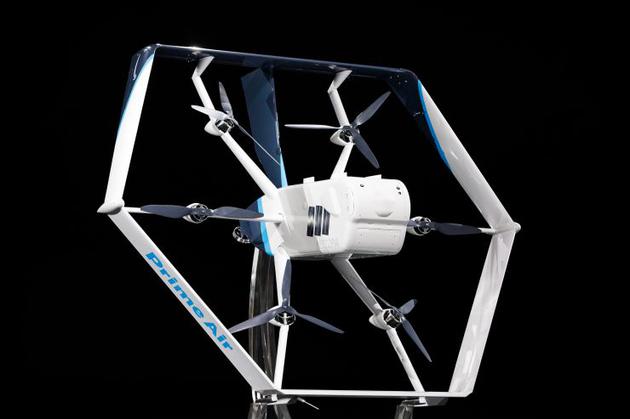 At the conference, Jeff Wilke, CEO of Amazon's global consumer division, said the company has developed a new electric delivery drone that should be available within a few months. Start delivering packages to customers. According to Wilk, the drone can carry a package of 5 pounds (about 2.3 kilograms) or less, providing delivery service to customers within half an hour, with a range of up to 15 miles (about 24 kilometers).

He also explained that Amazon has invested heavily in artificial intelligence (AI) to help drones navigate safely to their destinations and drop packages. Whether it's detecting phone lines, people, houses or even small animals on the ground, you need an excellent sensing and collision avoidance system.

Prior to this, Amazon Robotics vice president Brad Porter demonstrated Pegasus and Xanthus-driven robots, which Amazon is currently using to classify parcels and inventory in warehouses and distribution centers. transport.

Wilk and Porter said that since 2012, Amazon has deployed more than 200,000 robotic drive units in its own business, while also creating at least 300,000 jobs.

Porter said: "We have to sort out billions of packages every year. So the question is, how can we do this quickly and accurately?" He pointed out that considering Amazon's commitment to providing quality same-day delivery services, Therefore, accurate delivery is equivalent to fulfilling the commitment to customers. He further pointed out that the new Pegasus robot reduced the number of mis-sorted packages by more than 50% compared to the systems previously used by Amazon.

Amazon said in a blog post that the company plans to achieve zero carbon emissions in half of the delivery service in the future, and eventually extend this commitment to all delivery services, and the launch of the new delivery drone is also to achieve this goal. According to Amazon, electric drones can be charged in a sustainable way, which is more energy efficient than transporting parcels by car.